MONTPELIER, Vt. (AP) — A man found floating on a raft off the coast of New England in 2016 after his boat sank was charged in an indictment unsealed Tuesday with killing his mother at sea to inherit the family’s estate.

The eight-count indictment released in federal court in Burlington, Vermont, also says Nathan Carman shot and killed his grandfather, John Chakalos, at his home in Windsor, Connecticut, in 2013 as part of an effort to defraud insurance companies, but he was not charged with that killing. 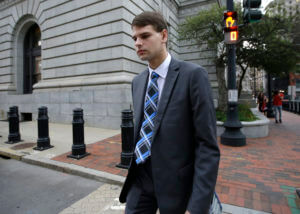 FILE – Nathan Carman departs federal court, Wednesday, Aug. 21, 2019, in Providence, R.I. Carman, who was found floating on a raft in the ocean off the coast of Rhode Island in 2016 after his boat sank, has been indicted on charges alleging he killed his mother at sea to inherit the family’s estate, according to the indictment unsealed Tuesday, May 10, 2022. (AP Photo/Steven Senne, File)

Carman was found in an inflatable raft eight days after leaving a Rhode Island marina to go fishing with his mother, Linda Carman, who was never found.

Carman, 28, of Vernon, Vermont, was arrested Tuesday. He’s due in federal court Wednesday in Rutland, Vermont. His attorney did not return a call seeking comment.

William Michael, an attorney for Carman’s mother’s sisters, said Tuesday the family had no immediate comment.

The indictment that was handed down May 2, but made public after Carman’s arrest, describes what prosecutors said was a scheme to defraud the estate of Chakalos.

“As a central part of the scheme, Nathan Carman murdered John Chakalos and Linda Carman,” the indictment says.

Authorities claim in the indictment that on Nov. 11, 2013, Carman used his New Hampshire driver’s license to purchase a rifle that he used on Dec. 20, 2013, to shoot Chakalos while he slept.

After Chakalos’ death, Carman received $550,000 from different accounts. He moved to Vermont in 2014 where he was unemployed and by the fall of 2016 was low on funds. 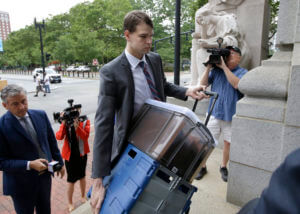 FILE – Nathan Carman, center, carries documents as he arrives at federal court, Tuesday, Aug. 13, 2019, in Providence, R.I. Carman, who was found floating on a raft in the ocean off the coast of Rhode Island in 2016 after his boat sank, has been indicted on charges alleging he killed his mother at sea to inherit the family’s estate, according to the indictment unsealed Tuesday, May 10, 2022. (AP Photo/Steven Senne, File)

In September 2016, Carman arranged to go on a fishing trip with his mother on his boat named the “Chicken Pox.”

“Nathan Carman planned to kill his mother on the trip,” the indictment says. “He also planned how he would report the sinking of the ‘Chicken Pox’ and his mother’s disappearance at sea as accidents.”

Seven of the eight counts of the indictment are related to what prosecutors say were fraudulent efforts to get money from his grandfather’s estate or insurance companies.

The other count alleges that Carman killed his mother. If convicted of the murder charge, he faces life in prison.

In 2019, a federal judge in Rhode Island decided that Carman contributed to the sinking of the boat.

U.S. District Judge John McConnell issued a written decision in favor of an insurance company that had refused to pay an $85,000 claim to Carman for the loss of his 31-foot fishing boat.

Carman denied doing anything to intentionally make the boat unseaworthy. He told the Coast Guard that when the boat filled quickly with water, he swam to the life raft and called for his mother but never saw her again.

The judge found, among other things, that shortly before the fishing trip with his mother, Carman made improper repairs to the boat. Witnesses testified that he removed two stabilizing trim tabs from the stern, near the vessel’s waterline, leaving holes that he tried to seal with an epoxy stick.

He was found floating in the raft off the coast of Martha’s Vineyard, a Massachusetts island, by the crew of a freighter eight days after the boat was reported missing.

Chakalos, who was a real estate developer, left behind an estate that was worth nearly $29 million, which was to be divided among his four daughters. Carman is in line to get about $7 million of the estate, as his mother’s only heir.

Chakalos’ three surviving daughters sued Carman in New Hampshire probate court, seeking to bar him from receiving any money from Chakalos’ estate. A judge dismissed the case in 2019, saying Chakalos was not a New Hampshire resident. The probate case was refiled in Connecticut, where it remains pending. 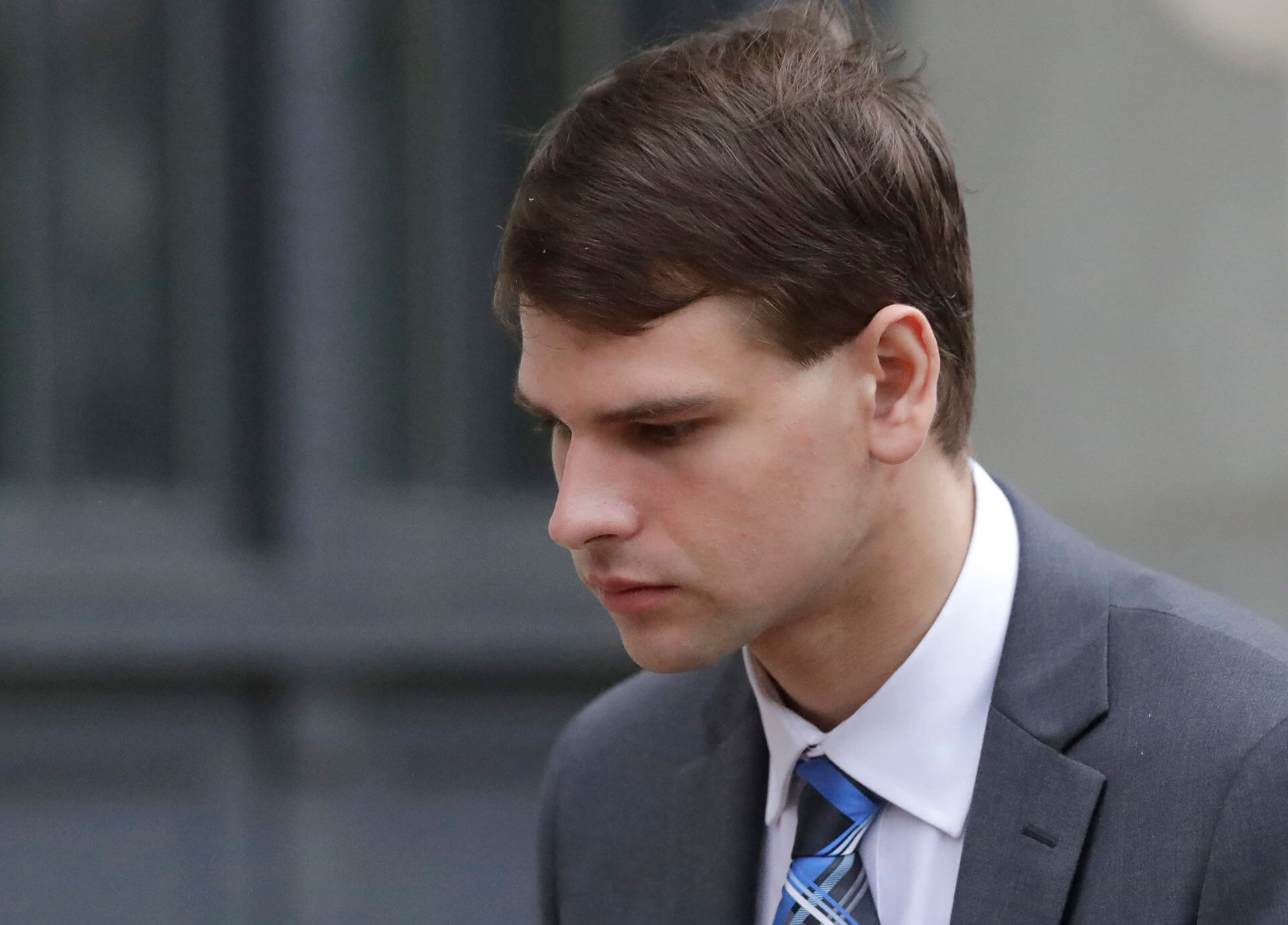 FILE - Nathan Carman departs federal court, Wednesday, Aug. 21, 2019, in Providence, R.I. Carman, found floating on a raft in the ocean off the coast of Rhode Island in 2016 after his boat sank has been indicted on charges alleging he killed his mother at sea to inherit the family's estate, according to the indictment unsealed Tuesday, May 10, 2022. (AP Photo/Steven Senne, File)
MORE NEWS