SANTA ANA, Calif. (AP) — A Southern California man was charged Tuesday with murder in a road rage shooting that killed a 6-year-old boy on a local freeway last month.

Prosecutors in Orange County, California charged Marcus Anthony Eriz, 24, with murder in the death of Aiden Leos. Eriz was also charged with shooting at an occupied vehicle and with sentencing enhancements.

Eriz’s girlfriend, Wynne Lee, was charged with being an accessory after the fact and illegally carrying a concealed firearm.

Both were expected to appear in court on Tuesday. It was not immediately clear whether they had attorneys who could speak on their behalf. 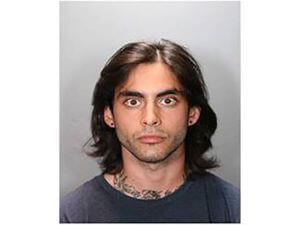 Authorities said they believe Lee was driving the car and Eriz fired the shot that killed Leos while his mother was driving the boy to kindergarten on May 21 in Orange County, southeast of Los Angeles.

According to accounts from the mother and witnesses who stopped to help her, another car cut her off and she responded with a hand gesture and the car slipped in behind her and someone inside fired a shot through the rear of her car.

The case drew widespread outrage in the county of 3 million people. At least $500,000 in rewards had been offered from around the U.S. for information leading to an arrest in the case. 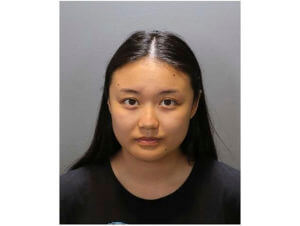 Authorities said they received hundreds of tips. The couple was arrested on Sunday in the city of Costa Mesa.

Authorities said the car, described as a white Volkswagen Golf SportWagen, was relatively rare and that helped investigators who examined surveillance footage. It was found at Eriz’s grandmother’s house in Whittier, but she is not implicated in the crime, the Orange County Register reported.

The gun was discovered at Eriz’s workplace in San Bernardino County, officials said.

Orange County District Attorney Todd Spitzer on Monday noted that boy was buried by the family only hours before he held a news conference announcing the arrests.

“I do want to promise today, when Aiden was put below ground, that we will get justice for him,” Spitzer said. “We have to promise him that.” 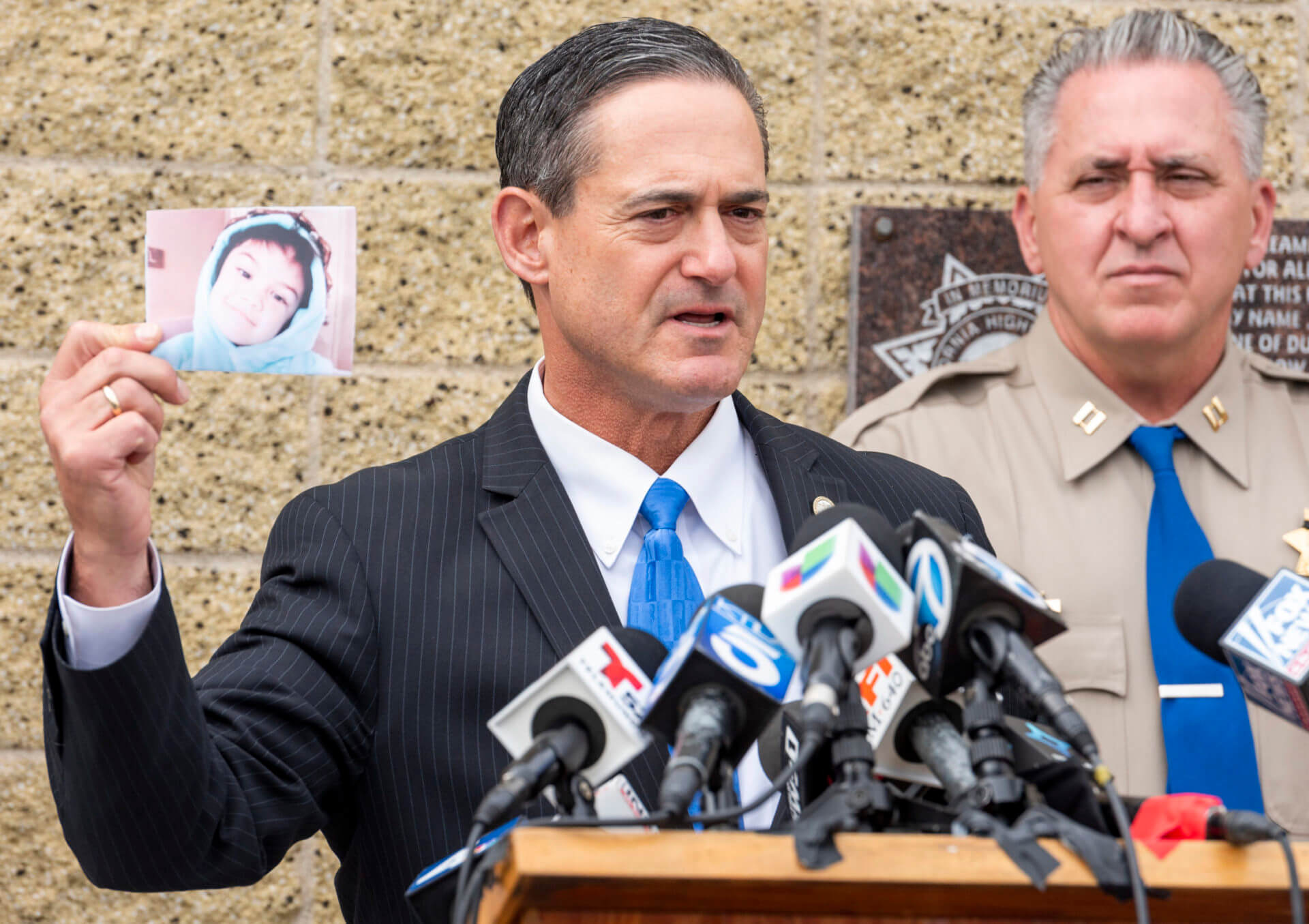 Orange County District Attorney Todd Spitzer holds up a photo of Aiden Leos during a news conference outside the CHP office in Santa Ana, Calif. on Monday, June 7, 2021 to update on the investigation into the shooting death of 6-year-old Aiden Leos. Officials should detail how they tied two suspects, a boyfriend and girlfriend from Costa Mesa, to the shooting. Marcus Anthony Eriz, 24, and Wynne Lee, 23, were arrested Sunday, June 6. (Leonard Ortiz/The Orange County Register via AP)
MORE NEWS