WHEAT RIDGE, Colo. (KMGH) — A man has been convicted after trying to kidnap a young girl at a bus stop in Wheat Ridge, Colorado in 2021.

In November 2021, the Wheat Ridge Police Department received a 911 call regarding two men who had attempted to kidnap the girl, the department said. 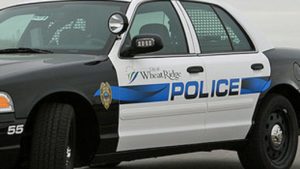 The suspects tried to “contact” the girl several times at a Wheat Ridge bus stop and on the third attempt, they surrounded her and pulled a knife, police said.

Police said the girl “did an absolutely incredible job” staying calm and secretly using her cell phone to text her mother, who then alerted the authorities.

At some point, the suspects were scared off and fled from the area. The girl, who had memorized a description of their vehicle and nearly the entire license plate, explained what had happened to officers, who were then able to find the suspects within 20 minutes, police said.

Jesus Alvarenga and a second man, who was later found incompetent to stand trial, were arrested in connection with the crime, police said.

Alvarenga was convicted of second-degree attempted kidnapping and menacing with a weapon. This kidnapping charge marked his seventh felony conviction.

At the end of October, Alvarenga will be sentenced. He faces between four and 12 years in prison.

“Special thanks to the brave teen who did everything right. We are so grateful for her vigilance and strength,” police said.

This story was originally published Oct. 4, 2022 by KMGH in Denver, an E.W. Scripps Company.