LANCASTER, Pa. (AP) — A man convicted of the random slaying of a stranger while he was under the influence of drugs in Pennsylvania last year has been sentenced to decades in prison.

Stephen Jones, 28, of Brecknock Township was sentenced Tuesday to 35 to 80 years after pleading guilty in Lancaster County to third-degree murder, robbery and a weapons violation, LNP newspaper reported. 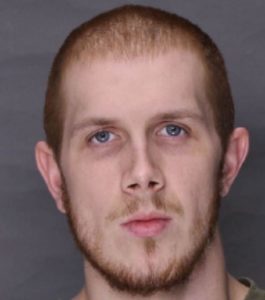 Prosecutors said Jones was under the influence of methamphetamine when he used his pickup truck to force a car off a road near Ephrata in August 2020. Authorities said he then shot 68-year-old Steve Walker of Delaware in the head with a shotgun through the open driver’s window.

Jones was arrested about 12 hours later at his warehouse job after co-workers recognized a surveillance photo from a gas station convenience store where he had been acting erratically minutes before the shooting, authorities said.

Assistant District Attorney Jennifer Ponessa called the killing senseless and said she shared the frustration of the victim’s family that drug use could lessen criminal culpability. The legal defense of voluntary intoxication reduces a first- or second-degree murder charge to third-degree.

Defense attorney Edwin Pfursich said his client is remorseful, thinks about the crime daily and has nightmares about it, but “his memory is fragmented and he doesn’t have any specific recollection of committing the murder.”