BALTIMORE (AP) — A 68-year-old man was sentenced Monday to 41 years for the murder of his daughter, whose dismembered remains were left at a dumpster.

Malik Samartaney, previously known as Lawrence Banks, was convicted in October of second-degree murder and unauthorized disposal of a body in the May 2019 slaying of Dominique Foster. Prosecutors said the Baltimore man killed his 43-year-old daughter after expressing outrage at her drug addiction, The Baltimore Sun reported. 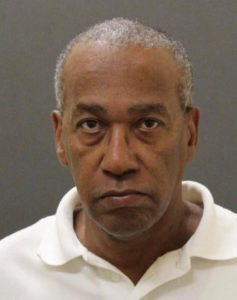 “When she got into her father’s van that day, she had no way of knowing that she would end up in pieces in a shopping cart,” Schiffer said.

Defense lawyer Deborah Levi presented a theory that Foster may have been killed by members of the notorious street gang MS-13. Levi said her client maintains his innocence and plans to appeal.

Some of Foster’s remains were found stuffed inside trash bags in a shopping cart after a suspicious package was reported near a dumpster, but her head, hands and feet were never found.

Police couldn’t link Samartaney to the crime with DNA evidence or a murder weapon. Prosecutors based their case largely on circumstantial evidence, such as Samartaney’s ex-fiancee’s testimony of having an unusually hard time reaching him the day Foster was killed.

Assistant State’s Attorney Elizabeth Stock focused on Samartaney’s violent history. He had two previous murder convictions, pleading guilty in the 1990s to killing a friend and no contest to killing his teenage son. He received simultaneous 20-year prison sentences, and was released in 2002.

Samartaney also was convicted of assault after throwing Foster, then just 7 months old, through a glass door during an argument with her mother in 1975.

Samartaney asked the judge for mercy, saying that he had promised God after his son’s death that he wouldn’t kill again.

“Your honor, I’m very sorry for the death of my daughter, but I did not do that,” Samartaney said. “I dream every night that I find the person who would do that.”

“Your honor, I’m asking for the longest sentence possible,” Foster’s daughter wrote in her statement. “I ask this not for revenge but for everyone’s safety.”