BALTIMORE (AP) — A Baltimore County judge sentenced a man to 50 years in prison Friday for killing a popular bartender four years ago in Baltimore city. 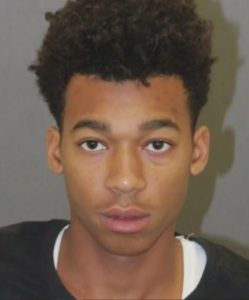 Judge Nancy Purpura handed down a life sentence to Malik Mungo, 21, suspending all but 50 years, The Baltimore Sun reported.

Mungo was convicted of murder, robbery and gang charges in October. Sebastian Dvorak, a popular bartender, was robbed and fatally shot as he walked home after celebrating his 27th birthday in June 2017.

Dvorak’s slaying led to an investigation of a gang and 13 people were indicted on gang conspiracy charges. Prosecutors said the gang leader gave Mungo the murder weapon.

Maryland’s gang statute allows prosecutors to charge all crimes committed by a gang in the jurisdiction of any one crime. The attorney general’s office chose to prosecute Mungo in the county since some gang members lived in the county and kept drugs there.