DENVER (AP) — A man who was charged after human remains were found in two large suitcases near a trail in southwest Denver has pleaded guilty to second-degree murder. 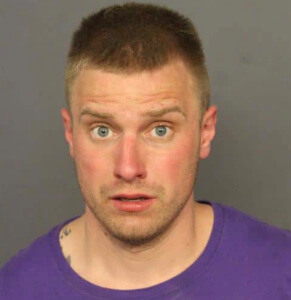 City workers were clearing snow from the sidewalks in a residential area near Sanderson Gulch on Dec. 29, 2020, when they found the suitcases abandoned off the side of the road. The workers examined the luggage and called police.

Officers were called for a medical emergency Jan. 1, 2021, at an apartment a few miles away, where they say they found evidence and a crime scene consistent with the homicide case. Satterthwaite was arrested after further investigation.

District Attorney Beth McCann called the slaying “horrific” and said the proposed 25- to 30-year prison sentence is appropriate because the cause of death was never determined.
Satterthwaite is scheduled to be sentenced Nov. 12.