EAST ST. LOUIS, Ill. (AP) — A drug dealer pleaded guilty Friday to murder in the death of an Illinois state trooper who was shot in the head while preparing to remove steel bars from the man’s front door.

Christopher Grant pleaded guilty to a series of crimes related to the shooting of Nicholas Hopkins in East St. Louis in August 2019. 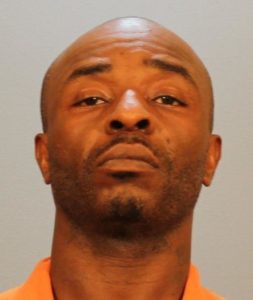 Grant told investigators that the activity on the porch woke him up, according to federal prosecutors. He suspected someone was there to rob him and he fired his gun.

Hopkins, who had a search warrant, had just finished connecting a chain to steel bars on the door when he was shot. A search of the home turned up eight firearms, including an AK-47.

Grant, 47, pleaded guilty in federal court to six crimes, including murder during a drug conspiracy. He could be sentenced to life in prison without parole.

Hopkins, 33, lived in Waterloo. He was married and had 4-year-old twins and an infant daughter at the time of his death.

“From the first hours of this investigation, the U.S. Attorney’s Office has pledged to vigorously pursue justice for Trooper Hopkins and his family,” U.S. Attorney Steven Weinhoeft said. “Today’s conviction is an important step toward keeping that solemn promise.”