OXFORD, Miss. (AP) — A man accused of capital murder in the 2019 death of a college student he occasionally dated pleaded guilty Friday to a lesser charge that took the death penalty off the table.

“We were facing the death penalty,” defense attorney Tony Farese said. “Based on the facts of this case, we were able to obtain the best result possible, which was reduction of a charge to first-degree murder.” 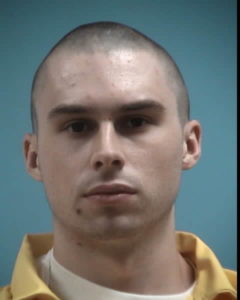 Under the plea agreement, Theesfeld has a chance of freedom when he turns 65 under a conditional release provision, Farese said.

Theesfeld was arrested July 24, 2019, for the slaying of Ally Kostial, 21, of St. Louis. Both were students at the University of Mississippi and had dated occasionally, authorities have said.

News outlets report Kostial believed she was pregnant before her death and Theesfeld’s text messages suggested he wanted her to have an abortion and met her four days before her body was found during a routine patrol by Lafayette County Sheriff’s Department deputies. A preliminary autopsy report said she died of multiple gunshot wounds.

Theesfeld also posted on social media about having a gun before Kostial’s death.

Asked during the hearing if he killed Kostial, Theesfeld replied, “Yes sir.” He then apologized to Kostial’s family.

The prosecutor in the case read statements from the victim’s family sharing how her loss changed their lives.

Luther then accepted the guilty plea and sentenced Theesfeld to life in prison.

“It’s a very sad day for both families,” Farese said.