JACKSON, Miss. (AP) — A Mississippi man who burned a cross in his front yard to intimidate his Black neighbors pleaded guilty to a hate crime in federal court, the Justice Department announced Friday.

Axel Cox, 24, of Gulfport, was charged with violating the Fair Housing Act over the December 2020 incident, according to court records. 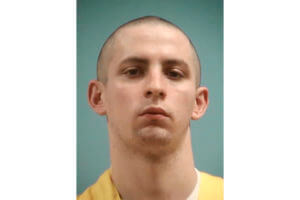 The Justice Department said Cox gathered supplies from his home, put together a wooden cross in his front yard and propped it up so his Black neighbors could see it. He then doused it with motor oil and lit it on fire. He also addressed the family with racially derogatory language, records say.

A grand jury indicted him in September. Cox’s attorney, Jim Davis, filed a notice of intent for him to plead guilty to the cross burning on Nov. 22, 2022. Davis did not immediately respond to a request for comment Thursday.

The Ku Klux Klan and other white supremacist groups have long practiced cross burnings to intimidate Black and Jewish people.

“Burning a cross invokes the long and painful history, particularly in Mississippi, of intimidation and impending physical violence against Black people,” said Kristen Clarke, assistant attorney general of the Justice Department’s Civil Rights Division. “The Department of Justice will continue to prosecute those who use racially motivated violence to drive people away from their homes or communities.”

A sentencing hearing is scheduled for March 9. Cox faces a maximum of 10 years in prison, a fine of up to $250,000 or both, according to the Justice Department

The Gulfport Police Department and the FBI Jackson Field Office investigated the case.