Then he Googled: “When does preparing for a crime become an attempt?”

The answer, which arrived in the form of Highland County sheriff’s deputies and federal prosecutors: Before he Googled it. 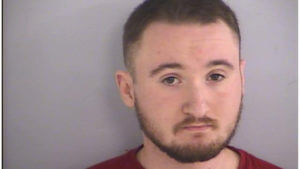 Tres Genco, 22, pleaded guilty on Tuesday to federal charges of plotting to commit a hate crime. He could spend the rest of his life in prison.

Federal court documents indicate Genco identified as an “incel” or “involuntary celibates.” According to a Domestic Terrorism Threat Assessment done by the state of Texas, “involuntary celibates” (incels) are described as an emerging domestic terrorism threat – citing acts or threats of violence in furtherance of their social grievance against women.

Federal court documents also accuse Genco of writing a manifesto detailing the plans for his own attack, which he hoped would claim 3,000 lives, and searching online for sororities and colleges that would make a desirable target.

Genco was arrested March 12, 2020, after a neighbor called police and accused him of threatening them with a gun. He had become “erratic and somewhat violent” over the months leading up to the call, the neighbor said. Investigators later discovered this time period coincided with his posts on the incel website.

Highland County deputies arrested Genco and looked in the trunk of his car, where they discovered “an AR-15-style rifle with suspected ‘bump-stock’ attached; several loaded magazines; body armor; and boxes of ammunition,” according to the sealed indictment filed against him on April 16, 2020.

The initial charges filed against him were only for illegal possession of the weapons, which would have earned a maximum of 10 years in prison.

Further investigation revealed his extensive history of hate and plans for a campus shooting in Ohio, federal prosecutors wrote.

The Domestic Terrorism Threat Assessment states violence demonstrated by incels in the past decade mixed with their extremely violent online rhetoric says they could potentially overshadow other domestic terrorist types.

“Some of those persons have misidentified persons who have killed or harmed others, as an idol,” said forensic psychologist Dr. Kenneth Manges. “They see themselves as a disciple and in some ways they’d like to endear themselves to that other person. And perhaps, even to, if you will, be better than them, by harming more people,”

Online incel communities have been repeatedly linked to instances of mass violence. Elliot Rodger, a 22-year-old driven by a desire to punish all women and sexually active men for his own past experiences of sexual rejection, killed six people and injured 14 others near a California university campus in 2014.

In April 2018, Alek Minassian drove a rented van in to a crowd of people, mostly women, in Toronto, Ontario, killing 10 and wounding 14. Before the attack, he made a Facebook post that read “The Incel Rebellion has already begun!”

The incel community is “one of the most violent areas of the internet,” said Heidi Beirich, who tracks hate groups for the Southern Poverty Law Center. “It may seem to some people that this is kind of a group of pathetic, victimized white males who just are lonely. It’s not. It’s ugly.”

Like many other incels, Genco expressed admiration for Rodger and an intent to duplicate his crime. According to Patel’s office, Genco was a frequent poster on a popular incel website and posted about imitating Rodger’s pre-attack behavior of using a squirt gun filled with orange juice to spray women or couples.

“Social online groups can support – can trouble a person believing that’s the only way they can resolve their difficulties,” Manges said. “They may feel particularly marginalized or vulnerable themselves. They believe they are acting in a way that is representative of others who believe the same as they do.”

This story was originally published Oct. 11, 2022 by WCPO in Cincinnati, an E.W. Scripps Company.