FAIRBURY, Neb. (AP) — A 19-year-old Fairbury man was sentenced Thursday to 70 to 80 years in prison for beating a 2-year-old boy to death in February and shooting a man a year earlier. 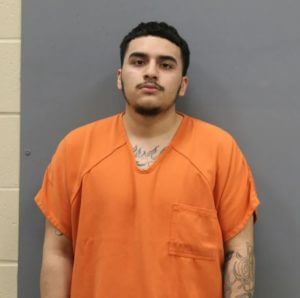 Jake Gonzalez was convicted in October of child abuse resulting in the death of Hollen Siedschlag and threatening the boy’s mother. After that verdict, Gonzalez pleaded no contest to attempted first-degree assault for shooting Lance Powers five times in May 2020 in Fairbury.

On Feb. 26, 2021, Hollen Siedschlag’s mom returned from the store to find him barely breathing in a closet at the apartment she shared with Gonzalez. She testified that Gonzalez threatened to hurt her daughter if she called for help.

The next day, she was able to summon help using a code word with safety workers but her son later died from liver damage.

Jefferson County District Judge Vicky Johnson said Thursday she considered sentencing Gonzalez to life in prison because of the violence of both crimes and his lack of remorse. She said the only mitigating factor was his age. Gonzalez was 17 when Powers was shot and 18 when the boy was killed, the Lincoln Journal Star reported.