LANSING, Mich. (AP) — A man who pleaded guilty in the slayings of a Lansing couple will likely spend the rest of his life in prison.

An Ingham County judge sentenced Isaiah Gardenhire, 41, on Monday to 50 to 125 years in prison for the fatal shootings of Harley Owens, 39, and his girlfriend, Kelsey Coon-Lennon, 29. 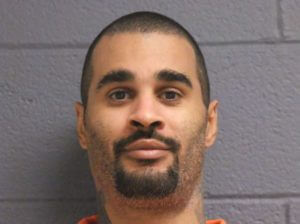 Owens and Coon-Lennon’s bodies were found on May 1, 2021, in a Lansing home, a few days after they were slain, the Lansing State Journal reported.

Gardenhire had pleaded guilty to two counts of second-degree murder in their killings.

He declined to say anything during his sentencing hearing, but Gardenhire’s attorney attorney, Keith Watson, said his client has taken responsibility for his actions.

When he was charged with the Lansing double-homicide, Gardenhire was already in custody in connection with the June 2021 fatal stabbing of 13-year-old Adrie Dembowski in Isabella County.

Gardenhire pleaded no contest in September to second-degree murder and other crimes in Dembowske’s killing and the assault of the girl’s mother in Union Township near Mount Pleasant.

He was sentenced in November to 75 to 120 years in prison in that case.