LANSING, Mich. (AP) — A man charged in the April killings of a Lansing couple is also accused in a string of June crimes that include the killing of a teenage girl and a sexual assault on a woman.

Isaiah Gardenhire is charged in Ingham County in the fatal shootings of Harley Owens, 39, and his girlfriend Kelsey Coon-Lennon, 29, according to court records. 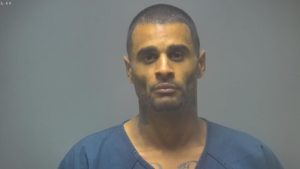 He also faces 12 felonies stemming from several crimes in early June in the county, including the slaying of 13-year-old Adrie Dembowski, the Lansing State Journal reported.

Gardenhire is in custody in the Isabella County Jail on $1.5 million bond.

Owens and Coon-Lennon were shot and killed April 28, Lansing police said. Their bodies were discovered May 1.

Owens’ sister, Jessica Rutz, said her brother was a jack of all trades who could do anything and do it well.

“He was a pretty handsome fella, but very quiet,” Rutz said. “Girls kind of flocked to him … He had a great sense of humor.”