GOLDEN, Colo. (KMGH) – A man was sentenced to 162 years in prison for raping several women in 2020, according to news release from the First Judicial District Attorney’s Office.

Joseph Gabriel Van Eck, 33, was sentenced Friday for the sex assaults of four women from a vulnerable community between April and September 2020. 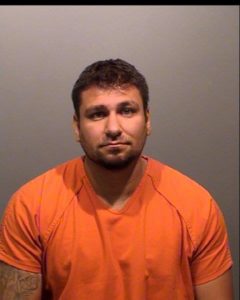 On April 19 of that year, a woman told Jefferson County deputies that she had been picked up in Denver and driven into the foothills where she was sexually assaulted. Three other women would come forward to police and report similar experiences in the months of August and September, according to a spokesperson with the sheriff’s office.

All four were women experiencing homelessness, the spokesperson said.

Deputies said Van Eck would threaten to kill, physically assault, and force himself upon these women. He was armed with a knife and a gun on more than one occasion, deputies said.

He was arrested in mid-September of that year thanks to a joint investigation by the Jefferson County Sheriff’s Office and the Lakewood Police Department, and a jury found him guilty of twelve counts, including three counts of sexual assault, two counts of second-degree kidnapping, four counts of soliciting for prostitution, one count of attempted sex assault, one count of unlawful sexual contact and one count of theft.

“These four women lived on the streets, and that’s where he hunted them,” said Chief Deputy District Attorney Tyra Forbes. “Kidnapping them, threatening them, beating them, driving them to a deserted trailhead in the middle of the night, brutally raping them, and then dumping them on the side of I-70…that level of depravity deserves the maximum sentence allowed by law.”

Van Eck was also found to be a sexually violent predator and is subject to lifetime parole for his crimes, the First Judicial DA’s Office spokesperson said.

This story was originally published June 27 by KMGH in Denver, an E.W. Scripps Company.