CLEVELAND — A Cleveland man will spend the next 40 years in prison for numerous crimes he committed in 2018, including the killing of a 94-year-old woman and the raping of a 16-year-old mentally disabled girl during home invasions in Cleveland’s Slavic Village neighborhood.

Cornelius Pames Jr., 27, of Cleveland was sentenced to crimes he committed between September to October 2018. 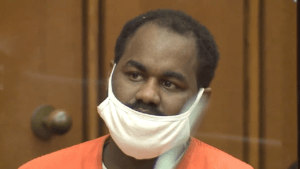 “You’ve had plenty of opportunities to receive whatever help you need to to stop these violent sexual offenses, burglaries, home invasions that your conduct has escalated over time. And so I do hope that this amount of time incarcerated will afford you some opportunity to get whatever help you need to stop what you’ve been doing,” said Judge Peter Corrigan during the sentencing.

He also failed to report to his parole officer on August 17, 2018 — just a few weeks before the first crime occurred in Slavic Village.

On Sept. 12, Pames was at a home on Gertrude Avenue near East 65th Street where he pushed the victim, a 14-year-old girl, onto a bed, grabbed her shirt and repeatedly tried kissing her despite her resistance before she was able to push him off.

Days later, on Sept. 17, Eusebia Garcia, 94, and her 74-year-old daughter, were staying at a family member’s home on Gertrude Avenue while visiting from Honduras when Pames broke into the home in the middle of the night by pushing in a window air conditioning unit.

He physically assaulted both while they were sleeping, stealing several items including a cellphone, iPad, jewelry and cash before fleeing the home.

Police responded and both were taken to the hospital. The 74-year-old victim was treated for multiple injures and her mother was pronounced dead. The medical examiner ruled her death as a homicide due to blunt force trauma to her head and neck.

Garcia’s granddaughters gave victim’s impact statements at Pames’ sentencing. They did not want to be identified.

“He hurt my mother’s soul in a way that, I don’t think, she will never fully recover from that. He hurt our family in ways we cannot measure, but today, hopefully justice will follow him,” one of Garcia’s granddaughters said. 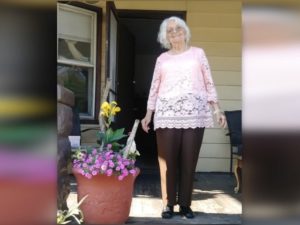 “I can tell you wholeheartedly that if Mr. Pames would have been hungry, we would have fed him, he wouldn’t need anything. We would have gladly given it. The things he took cannot compare to the value of the life he took,” another of Garcia’s granddaughters said.

In October, a 16-year-old girl was finishing her homework at her Park Avenue apartment near East 74th Street when Pames broke into her home in the middle of the day by using a crowbar.

He sexually assaulted the victim several times and threatened to kill her and her mother if she told anyone. Before he left, he duct-taped the teen to a chair and stole several items, including two laptops, a set of car keys and a Kindle.

The teen was hospitalized, where a sexual assault kit was collected. DNA evidence collected from the kit and from the duct tape linked Pames to the crime.

A representative read a letter written by the 16-year-old victim’s mother in court.

“This incident changed our entire lives in many ways, especially hers, because she has had something stolen from her that she will never get back — her innocence,” the letter said in part.

Pames briefly addressed the victims’ families, including some members of the Garcia family who appeared virtually from Honduras.

“I would like to apologize for my actions. Take responsibility. I’m sorry to the victims’ families,” Pames said.

Pames will be classified as a Tier-III sex offender, which requires him to register every 90 days for the rest of his life.

This story was originally published June 17, 2021 by WEWS in Cleveland.