PINELLAS COUNTY (WFTS) — When given a chance to face her pregnant daughter’s killer in court, Leah Martin didn’t hold back.

“I really hope that every bit of you died inside,” she said. “I hope Satan sucks your whole soul out. I hope that every day that you sleep you have to see her. Do you understand me? I hope you see her face. And the child you killed. You didn’t only kill my child, your own.”

In March, Jacobee Flowers pled guilty to killing Morgan Martin in 2012. She was pregnant with his child when she went missing.

Flowers told police where her body was buried in Alabama, even going with them during their search. In recent searches, investigators still have not uncovered Martin’s remains.

Flowers was hoping for a lesser sentence if authorities were able to find Martin’s body. He was sentenced to 40 years.

“Morgan is worth way more than 40 years,” family friend Ann Orr said. “40 years is nothing.”

Flowers did offer an apology to Morgan’s family and his own in the sentencing hearing Thursday. 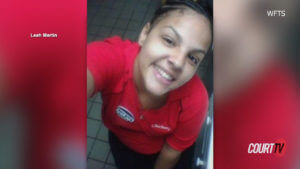 “I want you all to know that I am a human being, I’m not a monster despite what you may think,” he said. “There is not a day that goes by in the last ten years that I haven’t felt the deepest level of regret and remorse for my actions.”

Morgan’s friends and family came wearing t-shirts with her picture on them. They still hope her remains will one day be found and brought home.

St. Pete Police said they did everything they could to find Morgan’s body based on the information Flowers gave them and if they ever get any new leads, they say they will search again.

This story was originally published April 28 by WFTS in Tampa Bay, an E.W. Scripps Company.