BRIGHTON, Colo. (KMGH) — A Colorado man has been sentenced to life in prison without the possibility of parole for killing a man outside of an Aurora nightclub in 2019, according to the 17th Judicial District Attorney’s Office.

Alexander Albayero, 46, and his wife went to Las Adelitas in Aurora the night of Dec. 14, 2019, and into the early morning hours of Dec. 15, 2019. The victim, Juan Manuel Galindo Argumedo, was also at the nightclub that evening. 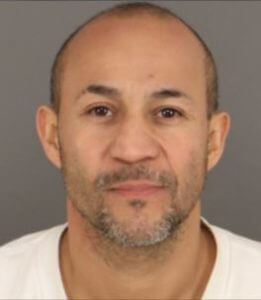 At some point during the evening, Galindo Argumedo, who was intoxicated, approached Albayero’s wife and potentially asked her to dance, according to the district attorney’s office. Albayero became angry and asked several employees to kick Galindo Argumedo out of the nightclub.

Galindo Argumedo was eventually escorted out of the venue, but Albayero followed him into the parking lot. While outside, Albayero shot Galindo Argumedo once in the torso, according to the district attorney’s office. The victim walked a few hundred feet and collapse. He later died at a local hospital.

“This was a senseless crime, fueled by anger over a petty slight,” said District Attorney Brian Mason. “A family has lost their loved one forever – and the defendant will now spend the rest of his life in prison. This was an avoidable tragedy, and the defendant is to blame.”

An Adams County jury convicted Albayero of first-degree murder Friday. He was sentenced Wednesday to life in prison without the possibility of parole.

Albayero is the defendant in another first-degree murder case pending in Arapahoe County related to a shooting that occurred on Jan. 3, 2020, according to the district attorney’s office. That trial is scheduled for June 17.

This story was originally published March 9, 2022, by KMGH in Denver, an E.W. Scripps Company.