MARSHFIELD, Mo. (AP) — A Missouri man who pleaded guilty to stuffing his wife’s body in a freezer more than six years ago has been sentenced to 25 years in prison. 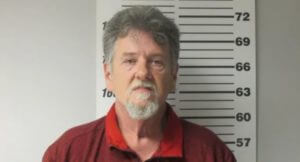 Larry Dinwiddie, 59, of Marshfield, was sentenced Monday after he pleaded guilty in November to second-degree murder in the death of Cynthia Dinwiddie, television station KYTV reported.

In exchange for his plea, prosecutors dropped a count of abandoning a corpse. Investigators have said they found the body of his wife, Cynthia, locked in a freezer in an abandoned storage unit in November 2019 and that her body had been there since 2015.

Investigators have said her death resulted from domestic violence. Dinwiddie admitted to killing his wife with a hammer during an argument, according to court records. He never reported her missing.