On January 12, 2021, the Howard County Police Department spoke with the victim who reported being sexually abused by her stepfather, Diggs. 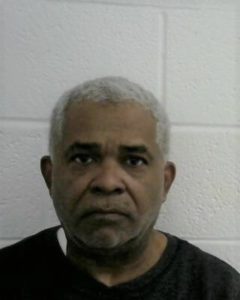 The abuse occurred when she was between the ages of 8 to 16 years old. Until recently, the victim claimed she was not in a safe place, psychologically or emotionally, to discuss the trauma associated with these events.

The victim indicated the sexual abuse would occur when her mother was away from home. It continued several times a week over the course of several years, starting when she began to live with her stepfather in Howard County.

She ultimately ran away from home at the age of 16. Diggs admitted to witnesses that he sexually abused his stepdaughter.

After being released from prison, Diggs will be under five years of supervised probation and must also refrain from having any contact with his stepdaughter.

“Even though justice in this case was delayed, it certainly wasn’t denied,” said State’s Attorney Rich Gibson.

This story was originally published May 9, 2022 by WMAR in Baltimore, an E.W. Scripps Company.