ANNAPOLIS, Md. (WMAR) — A Maryland man who was supposed to be caring for his sickly 91-year-old father, but instead neglected him so badly that he died, has been sentenced to 12 years behind bars.

Back in November 2019, Danny Norris, 57, called Anne Arundel County paramedics to a home in the 8500 block of Creek Road in regards to his sick father, Elmer.

Inside, medics found Elmer laying on a sunken mattress in his own feces. 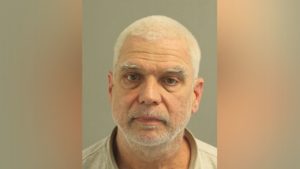 Prosecutors say Elmer had been there so long that medics had to cut the mattress because it seemed to be literally attached to him.

Upon being taken to Baltimore Washington Medical Center, staff noticed maggots and insects on Elmer’s body along with significant sores and ulcers. He died soon after.

“It’s truly heartbreaking that Mr. Elmer Norris had to endure such callous and cruel treatment at the hands of his own son during his final days of his life,” said State’s Attorney Anne Colt Leitess.

Detectives later found Danny lived with Elmer and was the one who was supposed to be taking caring of him.

Danny reportedly even lied to police about having hired a private caretaker to clean and care for Elmer.

Other family members told investigators that Danny had prohibited them from helping with Elmer and that he would often change the locks at the home to prevent them from coming to visit.

In March 2020, the Medical Examiner ruled Elmer’s death a homicide with the cause being pneumonia and ulcers as result of neglect.

Danny was ultimately charged with Elmer’s murder and pleaded guilty on August 16, 2021.

Following his release from prison, Danny will serve five-years on supervised probation.

This story was originally published August 24, 2021, by WMAR in Baltimore, an E.W. Scripps Company.