ATHENS, Ala. (AP) — A Maryland woman faces a murder charge after Alabama sheriff’s deputies found a woman dead at a home. 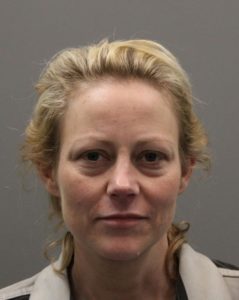 Limestone County deputies were responding to a burglary-in-progress call in Athens on Saturday, Al.com reported.

Deputies say they encountered 39-year-old Diana Lynne Rogers in the back yard. They say she was acting suspicious and trying to lead deputies away from the home and then became irate and began fighting with them.

After searching the residence, they found a 58-year-old woman dead. The victim’s name wasn’t immediately released.

Rogers, of Mount Airy, Maryland, is charged with capital murder, second-degree burglary and obstructing law officers. It wasn’t known Monday whether she has a lawyer who could be reached for comment on her behalf. She was being held in the Limestone County Detention Center.