LAWRENCE, Kan. (AP) — A judge has sentenced a massage therapist to three prison terms of 25 years to life for several sex crimes against five people, including a child and three female soccer players at the University of Kansas. 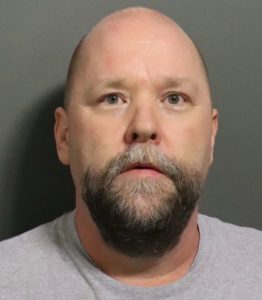 Three of the charges accuse O’Brien of indecent liberties with a child under the age of 14 for fondling a girl who was either 9 or 10 on three occasions between 2013 and 2015. All three resulted in “hard 25” sentences, meaning he will have to serve at least 25 years before being eligible for parole. Pokorny said the three life sentences would be served concurrently, the Lawrence Journal-World reported.

The other five charges accuse him of sexual battery for fondling four women while giving them a massage to treat sports-related issues between 2016 and 2019. Three of the women played for the University of Kansas soccer team. The fourth woman was a university student who was a client at his office.

O’Brien had a contract with the university to provide massage treatments to many athletes on campus. That contract was terminated after initial charges were filed.

Deputy District Attorney Joshua Seiden told jurors during closing arguments that O’Brien used his credentials as a professional massage therapist as a guise to fondle the victims when he was giving them massages.

Seiden also pointed to the testimony from the soccer players who said that O’Brien fondled them while he was providing massage therapy for the team. He said O’Brien claimed to not remember any of the incidents with the athletes.

Defense attorney Philip Sedgwick argued that the case came down to a “he said, she said” situation and suggested the prosecutors did not present enough evidence to convict O’Brien. He said athletes did not complain about his methods or let him know that what he was doing made them uncomfortable.