(WXYZ) — Authorities in Michigan are putting out a call following the arrest of a longtime referee. 70-year-old Gerald Sutter is facing charges for allegedly sexually assaulting an underage boy.

Police say the alleged assault happened sometime between 2019 and 2021, however, Sutter had been a registered referee for 50 years and officiated games across the state. 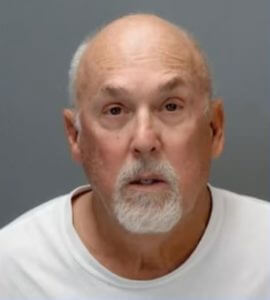 “For something like this to happen it’s disgusting and terrible,” former Michigan High School Athletic Association official Gary Kanan said.

Kanan worked alongside Sutter in a job that many people avoided.

“He got himself in trouble all the time and other people wouldn’t work with him, they didn’t want to be his partner,” Kanan said.

According to Kanan, Sutter’s off-color behavior more related to antics while refereeing, not misbehaving towards kids.

The MHSAA said Sutter was registered as a high school official who mostly worked around mid-Michigan reffing basketball, volleyball, baseball and softball games.

“It appears unfortunately in this case Mr. Sutter was using that role to groom his victims,” Ingham County Sheriff Scott Wrigglesworth said.

Deputies believe Sutter would befriend young male athletes and shower them with gifts and attention.

The investigation started after the department received a tip, which led to a search of Sutter’s Lansing Twp. home. Evidence inside led investigators to believe more victims could date back decades.

“Our greatest priority is the safety of our participants and especially children,” Geoff Kimmerly, the MHSAA communications director, said.

According to Kimmerly, periodically the youth sports organization runs a background check on its refs, and Sutter’s always came back clean.

Kanan, who now refs in South Carolina, fears this will paint a bad light on a profession that is already in dire need of new recruits.