Michael Macari, 34, of Cranston, was arraigned Thursday on two charges. 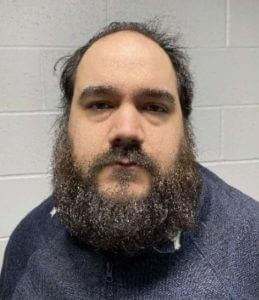 He did not enter pleas and bail was set at $5,000, according to court records. He was also ordered to have no unsupervised contact with children. No defense attorney was listed in court records.

The state police Internet Crimes Against Children Task Force recently initiated an investigation into child pornography sharing over the internet, according to a statement from police. The trades were traced to an internet connection at Macari’s home, police said.

Investigators executed a court-authorized search warrant at the home and Macari was identified as the owner of digital media and social media accounts allegedly involved in the possession and transfer of child pornography, police said.

Macari has worked as a custodian for the Cranston public schools for five years, most recently at the Western Hills Middle School, but there is currently no evidence of any inappropriate involvement with students, state police said.

He’s due back in court on June 16. The school department has placed him on leave.