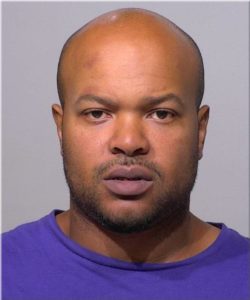 A Milwaukee man is facing life in prison in a road rage incident that left a corrections officer dead.

Investigators say Tracey Smith was teaching her 17-year-old son to drive when they approached a red light at the intersection of N. 51st Blvd. and W. Fond du Lac Avenue. When the light turned green and the teen began to make a left turn, a gold van being driven by Wilks reportedly cut in front of them on the passenger side to make a left turn from the wrong lane, resulting in a collision. Both drivers then stopped their vehicles in the middle of the intersection.

As Tracey Smith got out to assess the damage, Wilks opened his door and the two began arguing. The victim’s son told authorities he heard Wilks yell, “Bitch, I’ll kill you,” before fatally shooting his mother in the chest. Wilks then allegedly fled the scene as bystanders helped the boy get his mother in their car. He drove her to a local hospital where she died minutes later.

Within days Wilks was arrested after police used surveillance footage to identify the van’s license plate. During a search of the defendant’s home, authorities reportedly found a safe with cocaine and a loaded handgun. Aside from being arrested on a charge of first-degree intentional homicide, Wilks was charged separately with possession of a firearm by a convicted felon and two counts of drug possession.