MINNEAPOLIS (AP) — Minneapolis city officials on Monday canceled plans to hire “social media influencers” to post information during the upcoming trial of a former police officer accused in the death of George Floyd.

Jury selection is scheduled to begin March 8 in the trial of Derek Chauvin, 44, charged with second-degree murder and manslaughter. Floyd, who was Black, died May 25 after Chauvin, who was white, pressed his knee on Floyd’s neck while he was handcuffed and pleading that he couldn’t breathe. 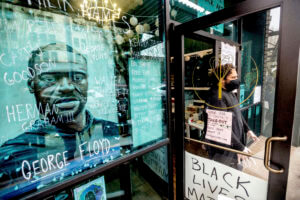 The city had planned to pay six community members $2,000 each to share messages generated and approved by the city and help dispel incorrect information online. The idea generated criticism and mockery and social media.

“This was never about trying to persuade or change public opinion about any particular message. It was about getting important information out quickly and in an equitable way,” Rubedor said.

The idea was part of a $1.2 million community engagement and communication plan for the Chauvin trial that Minneapolis City Council members approved on Friday.