CHARLOTTE COUNTY, Fla. (WFTX) — A Florida high school teacher was arrested after a teen missing since Aug. 12 was found concealed in her home.

According to the Charlotte County Sheriff’s Office, the information detectives received from the missing boy’s parents led them to the home of the teacher Kelly Simpson.

Investigators located the boy inside her home. 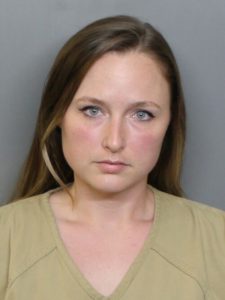 Simpson was arrested for interfering with the custody of a minor after he was picked up from an unknown location and also concealed him inside a home while having knowledge of his missing endangered status.

This is an ongoing investigation; anyone with information is asked to contact CCSO at 941-639-2101.

CCSO says that any person withholding information on the whereabouts of a missing juvenile can be charged with a crime.

Simpson was bonded for $5,000 Wednesday.

WFTX asked Charlotte County School Public Information Officer the status of the teacher’s employment and here is the response:

This story was originally published Aug. 17 by WFTX in Fort Myers, an E.W. Scripps Company.