MISSOULA, Mont. (KPAX) — A Montana woman accused of killing her two young children with a knife is being held on a $10 million bond.

34-year-old Leannah Gardipe is expected to undergo a mental health evaluation before her next hearing, which Judge Alex Beal set for Dec. 6.

She is charged with two counts of deliberate homicide in the deaths of 3-year-old daughter and 5-year-old son. Their bodies were found by Missoula County Sheriff deputies on Nov. 19. 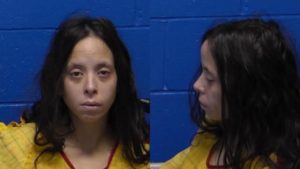 In charging documents, Gardipe’s mother called 911 to report that her daughter had called her and said she “saved her babies.”

A few minutes later, Gardipe called 911 and said she “want(ed) to report a murder.” Gardipe told 911 that the event happened that morning and that it occurred with a knife.

The defendant asked to send medical. In charging documents, Gardipe told 911 that “I was supposed to die today.”

Law enforcement executed search warrants on the home where they found a note at the threshold of the bedroom where the children were found that read ” [i]t was the only way that we all wouldn’t burn, now I’m the only one of us that will.” Deputies recovered the knife underneath the bed.

This story was originally published Nov. 22, 2021, by KPAX in Missoula, an E.W. Scripps Company.