RIVERSIDE, Calif. (AP) — The mother of a terrorist who killed 14 people in a 2015 attack on a Christmas party in California has agreed to plead guilty to destroying evidence by shredding a map her son may have used to plan the massacre, prosecutors announced Tuesday.

Rafia Sultana Shareef, 66, of Corona agreed to plead guilty to a charge of intending to impede a federal criminal investigation by altering, destroying and mutilating records, the U.S. attorney’s office said.

The crime carries a potential 20-year federal prison sentence. But under the plea agreement, Shareef is expected to receive no more than 18 months when she is be sentenced in U.S. District Court in Riverside. 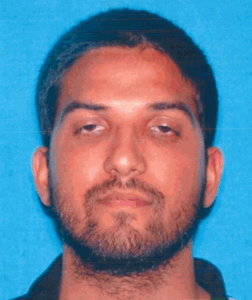 Shareef, also known as Rafia Farook, is the mother of Syed Rizwan Farook. He and his wife, Tashfeen Malik, opened fire with semiautomatic rifles on Dec. 2, 2015, on the Christmas party gathering of San Bernardino County employees.

The attack killed 14 people and wounded 22. Farook and Malik fled and were killed hours later in a shootout with police.

At the time, Shareef was sharing a Redlands home with her son, his wife and their 6-month-old daughter. On the morning of the shooting, Farook and Malik left the home, telling Shareef that they were going to a medical appointment, prosecutors said.

Instead, they drove to the Inland Regional Center in San Bernardino and attacked the party.

According to her plea agreement, after Shareef learned that law enforcement had identified her son as a suspect in the attack, she went into his bedroom, “grabbed at least one document that appeared to be a map, and fed it into a shredder,” the U.S. attorney’s office said.

“Shareef admitted that she knew her son had produced the document, and she believed it was directly related to his planning of the IRC attack,” the statement said.