CHARLOTTE, Tenn. (WTVF) — Krystal Daniels, the mother of Joe Clyde Daniels, accepted a plea deal the morning her trial was set to begin.

On Wednesday, jury selection was scheduled to begin in the trial. Before the process could start, Judge David Wolfe asked the state what they would present as the prosecution. 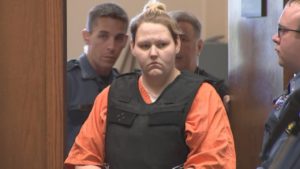 The basics of their argument include: There was an argument about infidelity and the paternity of Joe Clyde, which led to an outburst. Joe Clyde got out of bed, urinated on the floor and Joseph beat the child.

The state says Krystal witnessed the beating and conspired to concoct a story to tell law enforcement that Joe Clyde went missing. The state claims this statement was recorded on a law enforcement body camera.

Krystal and her attorney then acknowledged this would be the state’s argument. Instead of beginning trial, Krystal entered a plea of no contest to the charges of aggravated child abuse/neglect/endangerment, conspiracy to commit aggravated child abuse, making false reports to an officer and tampering with evidence. Entering this plea means Krystal accepts the conviction of these charges, but is not admitting guilt. 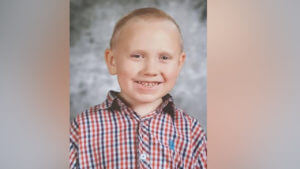 The Dickson County mother stood accused in connection to the disappearance of her 5-year-old son Joe Clyde Daniels.

Joe Clyde’s father Joseph Daniels is currently serving life in prison after a jury found him guilty of murdering his son last summer.

The 5-year-old disappeared from the family’s home in Dickson in April 2018. He is presumed dead. Joe Clyde’s body has never been found to this day.

This story was originally published March 16 by WTVF in Nashville, an E.W. Scripps Company.