JANESVILLE, Wis. (WTMJ) — A 25-year-old Naval Recruiter has been arrested and charged after police say he had unwanted sexual contact with at least two underage girls. 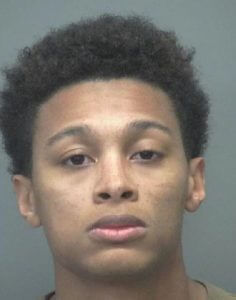 Bryan Bradley-Hubbard is facing four counts of child enticement and three counts of sexual assault of a child, according to Janesville Police. He was arrested on Monday in Illinois.

Police said Bradley-Hubbard has been working as a Naval Recruiter with the Janesville Naval Recruitment Office since the fall of 2021. He began recruitment efforts at a high school in the area where several girls reported inappropriate behavior.

Janesville police accuse Bradley-Hubbard of using his position as a recruiter to access young girls and attempt sexual contact through Snapchat. He allegedly told the girls he was 18 years old, when in fact he was 25.

He started relationships with the girls outside of his duties and is accused of having unwanted sexual contact with two girls, and attempting to have that same contact with another.

Bradley-Hubbard was also responsible for recruitment in Rock County and surrounding areas.

Janesville Police said an investigation is ongoing and is asking anyone with information to contact them at 608-755-3100. You can also call Janesville area Crime Stoppers at 608-756-3636.

The US Naval Criminal Investigative Service is investigating Bradley-Hubbard independently from the Janesville Police Department, however, the two agencies are sharing information with each other.

This story was originally published Nov. 30, 2022 by WTMJ in Milwaukee, an E.W. Scripps Company.