CARSON CITY, Nev. (AP) — A state panel has finalized Nevada’s $2.85 million payment to a woman who spent almost 34 years in prison for a Reno killing she didn’t commit before she was exonerated by DNA evidence in 2015.

Attorney General Aaron Ford announced last month that a state judge in Reno had approved the settlement with Cathy Woods, who now is 70. She also received a Certificate of Innocence in the 1976 murder of Michelle Mitchell, a 19-year-old college student.

Ford serves with Gov. Steve Sisolak and Secretary of State Barbara Cegavske on the three-member Board of Examiners that approved the payment Tuesday.

Woods is the second ex-Nevada inmate compensated under a law passed by state lawmakers in 2019 allowing for payment to people wrongfully convicted of a crime. 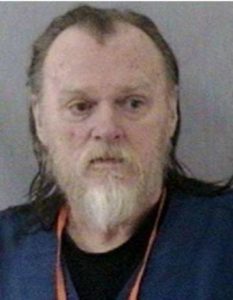 Woods, who now lives in Washington state, was the longest-ever wrongfully incarcerated woman in U.S. history, according to the National Registry of Exonerations. She received a separate $3 million settlement from Washoe County in 2019 and $3 million in August from the cities of Reno and Shreveport, Louisiana.

Woods’ lawyers argued all along thart she fabricated a confession to the killing while she was a patient at a psychiatric hospital in Louisiana in 1979, leading to her conviction. She was released from prison in 2014 after authorities said DNA from a cigarette found near the murder scene linked Oregon inmate Rodney Halbower to Mitchell’s death.

Halbower is now serving life in prison for two other murders in the San Francisco Bay Area the same year Mitchell was killed.