LAS VEGAS (KTNV) — A Henderson, Nevada man was sentenced on Tuesday to serve 3 to 10 years in prison for voluntary manslaughter in connection with the 2015 death of his wife.

Gregory “Brent” Dennis, a psychologist, was arrested in 2017. The death of his wife, Susan Winters, was originally ruled a suicide, but her parents never believed their daughter took her own life, and pushed local law enforcement to investigate further.

Investigators alleged Dennis was in financial trouble and secretly served his wife a mixture of oxycodone and antifreeze. An attorney for the Winters family claimed Dennis collected nearly $2 million in life insurance payouts after Winters, who was was a lawyer, died. The attorney additionally claimed Winters had confronted her husband about his alleged drug abuse, threatening to report him to the police and the state licensing board.

Dennis faced a single charge of voluntary manslaughter and previously entered an Alford plea in the case, meaning he accepted the ramifications of a guilty verdict without admitting guilt in the case. 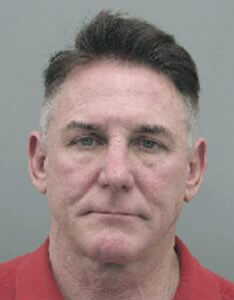 Both families were in the Las Vegas courtroom on Tuesday to read impact statements and hear the judge’s sentence.

Dennis’ attorney read statements from both his client and his two daughters.

“This resolution provides closure, as one of my goals was to prevent my daughters from having to undergo the stresses of a trial,” Dennis’ statement read in part. “Although during the last several years I have been at odds with Susan’s loved ones, I want to stress that I understand their sorrow.”

Dennis’ daughters, who are 20- and 22-years old, wrote that they supported their father’s decision to take an Alford plea in the case and “avoid the risk of a harsher consequence at trial.”

“We decided as a family to take this path for the sole reason that it’s time for us, as a family, to put this behind us, and not because we believe for a second that he had any involvement in our mother’s death,” they stated in part. “…The signs of suicide are not always black and white, and our mother is a perfect example of someone who had a seemingly perfect life with little to no reason to commit suicide. Losing our mother was the hardest day of our lives, but the accusations against our father have brought trauma that cannot be overstated.”

Winters’ mother, Avis, shared a photo of her daughter and reflected on Winters’ personality and life. She addressed the division within their two families over the Winters’ belief that their daughter was murdered.

“As if losing Susan wasn’t enough, we also lost the relationship we had with her daughters because we never believed this case was anything other than a murder case,” she said. “The sadness is overwhelming at times, but we know that God is in control and he will provide justice for Susan eventually.”

Dennis was given five days of credit for time served and put into state custody to begin serving his sentence with the Nevada Department of Corrections.

This story was originally published May 10, 2022 by KTNV in Las Vegas, an E.W. Scripps Company.