A name not mentioned by Netflix is Danny Masterson, whose rape case ended in a mistrial after a deadlocked jury failed to reach a verdict. 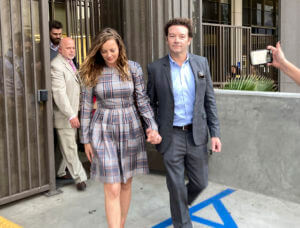 Masterson, 46, is charged with the rape of three women, including a former girlfriend, at his home between 2001 and 2003.

Prosecutors say they will retry Masterson on the three rape counts they previously failed to get half the jury to convict him on.

The judge tentatively set the retrial to begin in late March.