The Pitt County Sheriff’s Office said in a news release that Johnny Ray Perry, 54, is charged with statutory rape of a child age 15 or younger and two counts of first-degree statutory sex offense. 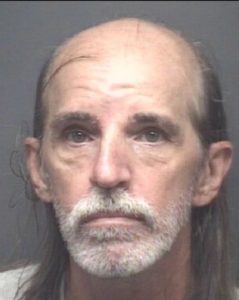 Perry, who the sheriff’s office said was arrested at his home by the Lenoir County Sheriff’s Office, is being held in the Pitt County jail on a $300,000 bond. It’s not known if he has an attorney.