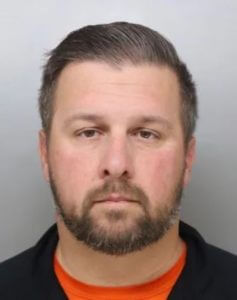 Michael Milesky, 39, was an aide at the high school. He was charged with five counts of pandering sexually oriented material involving a minor. All of the charges are fourth degree felonies.

The Regional Electronics & Computer Investigations section (RECI) received a complaint in September 2022 from the Internet Crimes Against Children (ICAC) Task Force. An investigation identified Milesky, and on Oct. 7 he was interviewed and arrested at Loveland High School.

He is currently housed at the Hamilton County Justice Center.

Broadwater said that the district is working with the sheriff’s office to provide information to families and to be in contact with those who worked most closely with Milesky to offer them support and resources.

The sheriff’s office is still investigating Milesky’s activities, and anyone with information is asked to contact RECI task force at 513-946-8338.

This story was originally published Oct. 7, 2022 by WCPO in Cincinnati, an E.W. Scripps Company.