BALTIMORE (WMAR) — Clayton Alexander McCoy, 32, of Chesterland, Ohio, pleaded guilty to transporting explosives with intent to injure and to possession of an unregistered firearm/explosive device.

This is in connection with an explosion at a home in Carroll County, Maryland. A resident of the home was the boyfriend of a woman in whom McCoy had a romantic interest. 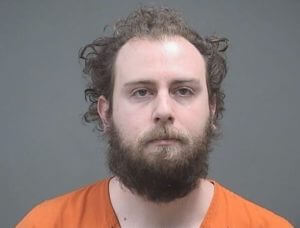 According to his guilty plea, McCoy built the bomb in his home in Ohio, then drove to the victim’s home in Maryland. He knew the victim and the victim’s girlfriend for a number of years through a live action role-playing battle game/social club.

McCoy expressed feelings for the girlfriend, but she didn’t reciprocate those feelings.

After he was rejected, McCoy devised a plan to build a bomb in order to remove the victim, as he was in the way of his love.

To avoid detection by law enforcement, he purchased bomb material from multiple stores with cash. He placed the bomb in a gift box and armed the firing mechanism so that the bomb would explode when opened.

He also tested a prototype to ensure the bomb would explode.

On Oct. 30, 2020, he placed the bomb in his truck and drove seven hours to the victim’s house. As the victim opened the “gift,” he heard a whistling sound, followed by an explosion.

The victim was struck by shrapnel and sustained injuries to his chest, legs and the front of his body.

He was taken to the hospital and later released on November 17, 2020. He had to undergo multiple surgeries to remove shrapnel from his body, and another surgery on his hand.

The house was uninhabitable until March 2021.

On March 10, 202, law enforcement executed a search warrant on McCoy’s house and found the items he used to create the bomb. After police mapped McCoy’s movements, he admitted to making the bomb.

McCoy faces a maximum sentence of 20 years in federal prison for transporting with the intent to injure and a maximum of 10 years in prison.

This story was originally published Oct. 13, 2022 by WMAR in Baltimore, an E.W. Scripps Company.