LIMA, Ohio (WEWS) — A man from Allen County will spend 42.5 years in prison after he and his girlfriend got a minor addicted to narcotics and then trafficked her from 2018 to 2020, according to a release from Ohio Attorney General Dave Yost.

“This couple sowed the seeds of degradation: addiction, violence and sexual abuse – and will now reap the grim reality of decades behind bars,” Yost said. “My hope is that these sentences empower the once-victim, to recognize she’s a survivor so she can reclaim her true identity.” 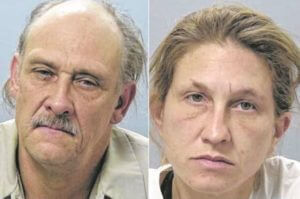 The judge immediately sentenced him to 42.5 years behind bars.

His co-defendant and girlfriend at the time, Susan Waldendzik, 42, of Bluffton, pleaded guilty on Feb. 1 to two counts of trafficking in persons, both first-degree felonies. Based on the plea, she will serve a mandatory sentence of 18 years in prison. When she is released, she will be required to register as a Tier 2 sex offender for 25 years.

Based on an investigation from the Lima Police Department, investigators determined that from July 2018 and December 2020, Rose and Waldendzik trafficked the minor.

This story was originally published Feb. 7, 2022, by WEWS in Cleveland, an E.W. Scripps Company.