MIDDLETOWN, Ohio (WCPO) — A Middletown woman arrested in September for killing her husband in their Stone Path Drive residence is now facing an aggravated murder charge.

Bonnie Marie Vaughan, 59, initially was charged with murder and John Havens, 33, charged with tampering with evidence and abuse of a corpse, on Sept. 20 after the body Jeffrey Fellman was found dismembered in the garage of the Warren County house. 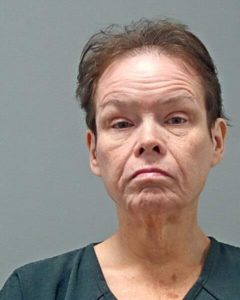 Fellman, 55, died of multiple gunshot wounds and the dismemberment was postmortem, according to Warren County Coroner Dr. Russell Uptegrove.

A Warren County grand jury on Monday returned indictments against Vaughan for aggravated murder, murder and felonious assault, all with a gun specification, and tampering with evidence and gross abuse of a corpse.

Fornshell said the case went quickly to a preliminary hearing in municipal court before cell phones and data were forensically examined.

“By the time it went to grand jury we believed there was significant evidence of prior calculation and design,” he said.

Havens was indicted Monday for tampering with evidence, a third-degree felony, and gross abuse of a corpse, a fifth-degree felony.

The indictment states Vaughan shot Fellman “multiple times” at 6:15 p.m. Sept. 19 and had Havens come over the next day to dismember the body.

Vaughan sat shackled and handcuffed at the defense table for her preliminary hearing, where attorney Sam Borst questioned Middletown Detective Brook McDonald about her statements.

During the preliminary hearing in September, McDonald testified Fellman was found dead after Havens came to the police station on the night of Sept. 20 and reported there was a body at the Stone Path residence. Police previously said Havens told detectives he dismembered the body.

Vaughan was found about two hours later at a gas station at Dixie Highway and Coles Road. There were several guns in the car with her, McDonald said.

During questioning, Vaughan said she had shot Fellman the night before, according to McDonald.

“(Vaughan said) she and her husband had gotten into an argument the previous night while inside the garage. She said she got frightened and shot him,” McDonald said.

Fellman suffered two gunshot wounds, one in the arm and one in the liver area, according to the detective. Vaughan told police she fired four shots from her pistol at Fallman, the detective said.

“It appeared his body had been moved because (Vaughan) said when he was shot he was by the refrigerator, but when we found him he was in trash bags,” McDonald said during testimony.

During cross-examination, McDonald said Vaughan told them Fellman threw a chair during the argument then she shot him. She also said he had grabbed her arm.

McDonald said Vaughan also told police Fellman choked her a couple of nights before in the parking lot of a local bar.

Borst argued the evidence pointed to Vaughan acting in self-defense, not murder.

Both Vaughan and Havens are housed in the Warren County Jail. They are scheduled to be arraigned Wednesday on the indicted charges in Warren County Common Pleas Court.

Havens said Vaughan picked him up and asked him if he would help her dispose of a body. When he got to the Stone Path residence, he found Fellman’s body in the garage, according to court documents.

Havens said he dismembered the body using a handsaw from the garage, according to the court document.

This story was originally published Nov. 1 by WCPO in Cincinnati, an E.W. Scripps Company.