TULSA, Okla. — A current gubernatorial candidate is now in an Oklahoma jail on multiple accusations.

Paul Tay was booked into the Tulsa County Jail on August 23. He’s accused of kidnapping and raping a woman who replied to a Craigslist ad about a job on Tay’s campaign. 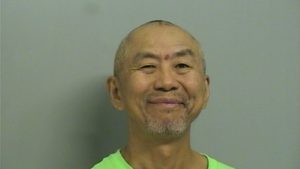 Tay had announced he is running in the upcoming 2022 election for Governor of Oklahoma as an independent. He had previously ran for mayor of Tulsa multiple times.

The accuser says Tay picked her up in Beggs, Oklahoma, on August 23. She claims he assaulted her in the vehicle with a lead pipe, drove her to his home in Tulsa, and raped her.

According to the police report, the woman escaped when Tay took her to a local Walmart, where she told an employee she was with a man who wouldn’t let her go.

Tay is facing charges of kidnapping, assault with a deadly weapon and first-degree rape.

This story was originally published August 24, 2021, by KJRH in Tulsa, an E.W. Scripps Company.