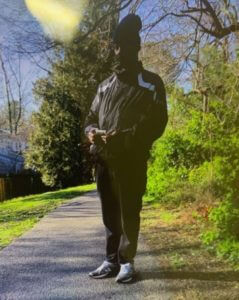 The girls were able to take a picture of the suspect before calling the police.

The incident happened at about 9 a.m. on Friday, April 8 across from Swansfield Elementary School in Columbia, Maryland.

The man, later identified as 32-year-old Richard Morgan was charged with two counts of solicitation of a minor.

This story was originally published April 8, 2022, by WMAR in Baltimore, an E.W. Scripps Company.