KANSAS CITY, Mo.  (KSHB) — The Clay County Investigative Squad Task Force has been activated to assist in the case of a man accused of raping and holding a woman against her will, the Excelsior Springs Police Department said Monday.

Police also said that, so far, there’s no indication any of the evidence being processed at Timothy Haslett Jr.’s home is related to missing person reports throughout the Kansas City area. 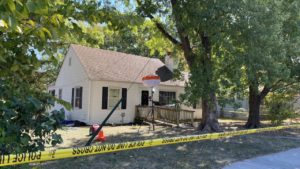 This photo provided by KSHB shows the home of Timothy Haslett. (KSHB)

Excelsior Springs police clarified to KSHB reporter Sarah Plake that the victim was not on any missing persons reports in the Kansas City area. It’s unclear, however, if anyone ever attempted to report her missing.

Police also confirmed their case has no connection to any other missing people in Kansas City.

After the initial news broke about, the Clay County Sheriff’s Office said there’s no evidence at this time of any dead people or other victims found at the house.

On Monday, police also confirmed there were no other victims in the home.

On Oct. 7, police arrested Haslett after the victim escaped from his home while he was taking his child to school. 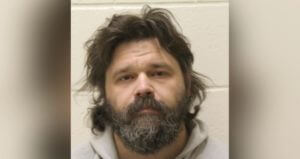 The victim told police that Haslett picked up her up somewhere on Prospect Avenue and kept her in his basement since early September. The incident happened in the 300 block of Old Orchard Street.

After escaping, the victim ran to neighbors for help. Court records revealed that the victim was wearing a trash bag, metal collar with a padlock and had duct tape around her neck on the day she escaped.

Haslett allegedly whipped the victim and raped her repeatedly, according to court documents. Paramedics reported that the metal collar around her neck restrained her breathing.

KSHB  revealed that police responded to Haslett’s home three times in the last year. Two of those calls were welfare checks. The other was an animal control-related incident.

This story was originally published Oct. 17 by KSHB in Kansas City, an E.W. Scripps Company.