BALTIMORE (WMAR) — Baltimore Police have identified a man whose body was found stuffed inside a storage container on the porch of a vacant home.

The Medical Examiner’s Office ruled that Dustin Davis, 33, was stabbed to death. 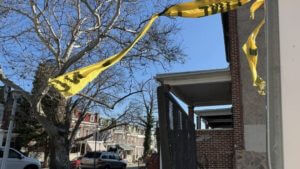 A dead body was found inside a suspicious package left on the porch of vacant Baltimore home. (WMAR)

Detectives are unsure of where or when he was killed.

At first investigators were unable to identify Davis, but they released composite sketches of his tattoos hoping someone would know him.

It’s unclear if that’s what led to him being positively identified.

There is still no word on a potential motive or suspect.

This story was originally published Jan. 11, 2023 by WMAR in Baltimore, an E.W. Scripps Company.