ELLICOTT CITY, Md. (AP) — A man wanted in the killings of three people in Maryland has been arrested in West Virginia, police announced Friday.

West Virginia State Police arrested Jeffrey Burnham, 46, who was wanted in the death of an 83-year-old woman in Cumberland and the shooting deaths of his his brother and sister-in-law in Ellicott City, according to Howard County and Cumberland police. Burnham was spotted on the side of a road in Davis, West Virginia, with his brother’s stolen red Chevrolet Corvette and was arrested without incident, police said. Burnham is being held pending an extradition hearing. 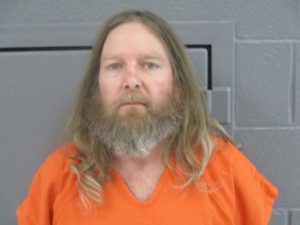 Rebecca Reynolds, 83, was found dead with obvious trauma Wednesday and her death was ruled a homicide, Cumberland police said. Officers determined that Reynolds’ car had been stolen and after linking Burnham to the crime they obtained a warrant charging him with murder and vehicle theft, police said.