By ANITA SNOW The Associated Press 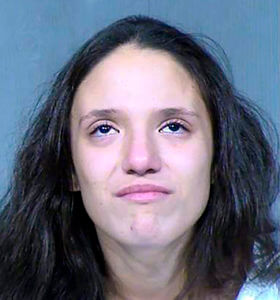 PHOENIX (AP) — A Phoenix woman has been arrested on suspicion of killing her three children, who were found dead inside the family’s home after firefighters got a call about a drowning, authorities said Tuesday.

The 22-year-old mother, Rachel Henry, “has admitted to harming her three children,” which led to their deaths, police Sgt. Mercedes Fortune told reporters outside the home on a block with several weathered wooden houses and an old mobile home in a once rural area of southern Phoenix.

A relative who lives at the house called police late Monday, and officers found a 7-month-old girl, 2-year-old girl and 3-year-old boy in a living room with no obvious trauma.

Relatives initially believed illness may have been a factor, but Fortune said police “are comfortable in saying now that the mother is responsible for the death of the children.”

Police were interviewing the children’s 30-year-old father and a 49-year-old relative who lives in the home, authorities said. The family had recently moved from Oklahoma.

Television footage showed two officers escorting Henry into a Phoenix jail, where she was booked on three counts of first-degree murder, police said. She was clad in a white gown with her hands cuffed behind her.

In a brief initial court appearance Tuesday night, Henry didn’t have an attorney present as a judge read her charges of three counts of first-degree murder.

She was ordered held on a secured bond of $3 million. Her next scheduled court appearance is Jan. 31.

The killings prompted Mayor Kate Gallego to issue a rare statement thanking those who responded to a crime that she called an “atrocity.”

“This is an investigation that will undoubtedly stick with these individuals for the rest of their lives,” she said. 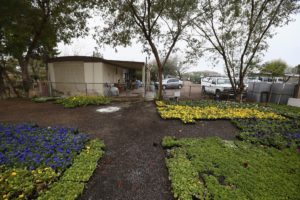 A Phoenix woman has been arrested on suspicion of killing her three children after they were found dead inside the family home at this location Tuesday, Jan. 21, 2020, in Phoenix. (AP Photo/Ross D. Franklin)

A makeshift memorial of three white candles was seen near the house. It’s in a neighborhood with old homes of wood or stucco, and a white Spanish-style church graces a corner. But new construction is going up all around, with a golf course and several housing developments of single-family homes priced at more than $500,000.