LAS VEGAS (AP) — A Las Vegas-area elected public official was arrested Wednesday as the suspect in the fatal stabbing of a veteran newspaper reporter whose investigations of the official’s work preceded his primary loss in June.

Clark County Public Administrator Robert “Rob” Telles, a Democrat, was taken into custody at his home by police SWAT officers hours after investigators served a search warrant and confiscated vehicles in the criminal probe of the killing of Las Vegas Review-Journal reporter Jeff German, Sheriff Joe Lombardo told the newspaper.

Telles, 45, had been a focus of German’s reporting about turmoil including complaints of administrative bullying, favoritism and Telles’ relationship with a subordinate staffer in the county office that handles property of people who die without a will or family contacts.

The newspaper’s executive editor, Glenn Cook, said in a statement that “the arrest of Robert Telles is at once an enormous relief and an outrage for the Review-Journal newsroom.”

“We are relieved Robert Telles is in custody and outraged that a colleague appears to have been killed for reporting on an elected official,” Cook said.

Telles did not immediately respond Wednesday to telephone messages at his county office, and it was not immediately clear following his arrest if he had an attorney who could speak on his behalf. The county administrator office was closed. 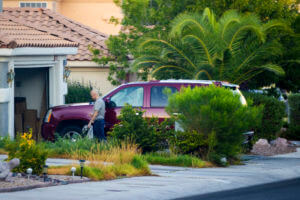 German joined the Review-Journal in 2010 after more than two decades at the Las Vegas Sun, where he was a columnist and reporter who covered courts, politics, labor, government and organized crime.

In the weeks before the election, German bylined reports about an office “mired in turmoil and internal dissension” between longtime employees and new hires under Telles’ leadership.

Telles blamed “old-timers” for exaggerating the extent of his relationship with a female staffer and falsely claiming that he mistreated them.

“All my new employees are super-happy and everyone’s productive and doing well,” he told the newspaper. “We’ve almost doubled the productivity in the office.”

Telles later posted Twitter complaints about German, the Review-Journal reported, including claims in June that German was a bully who was “obsessed” with him.

German, a reporter with a reputation for tenacity, was working on follow-up reports, the newspaper said Wednesday, and recently filed public records requests for emails and text messages between Telles and three other county officials including Reid and consultant Michael Murphy.

Murphy, the former Clark County coroner hired to address complaints about leadership in the public administrators’ office, did not immediately respond to a telephone message. 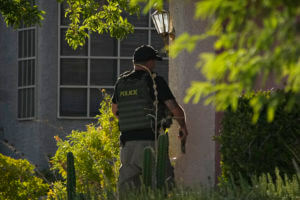 German’s body was found Saturday morning outside his home. Police said he apparently was killed Friday and characterized the attack as an isolated incident. The Clark County coroner ruled that German died of “multiple sharp force injuries” and ruled the case a homicide.

Police on Tuesday showed a brief video of a possible suspect walking on a sidewalk clad in bright orange “construction attire” and distributed a photo of a distinctive red or maroon GMC Yukon Denali SUV with chrome handles, a sunroof and a luggage rack, saying it may have been linked to the case.

Telles was seen in newspaper photos washing a similar vehicle parked in his driveway on Tuesday, and KTNV-TV reported the vehicle was towed away after police arrived on Wednesday. 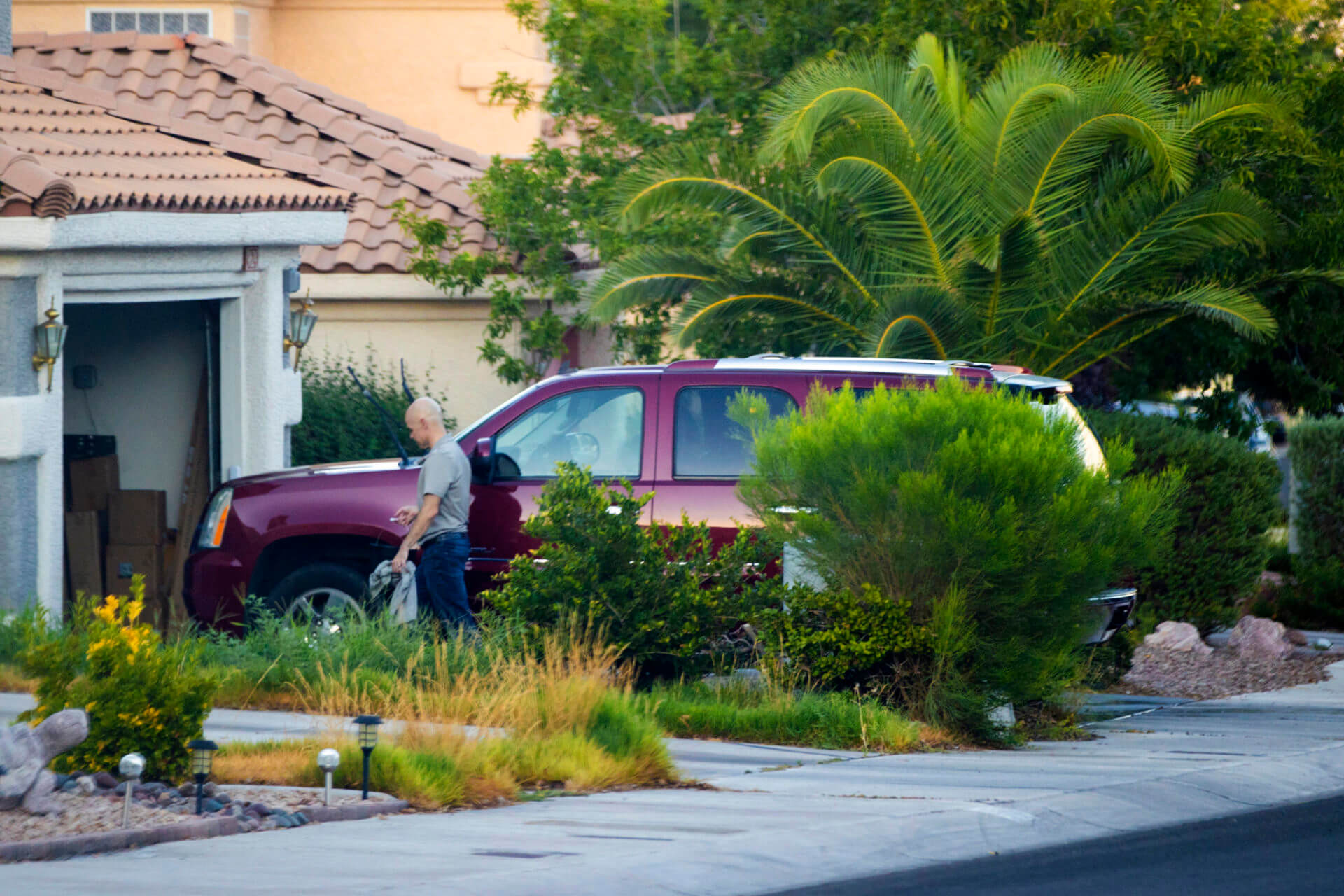