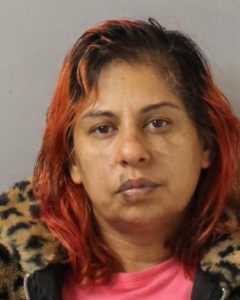 NASHVILLE, Tenn. (AP) — A Tennessee woman called authorities and admitted to killing her child nearly a decade ago, police say.

Zohal Sakwall, 40, told Nashville detectives that she suffocated her 4-month-old daughter, Natalie, with a plastic bag in June 2010, according to a news release Tuesday from the police department.

Sakwall called the Metro Nashville Police Department’s Youth Services Division on Jan. 31 and admitted to the crime, police said. She was later interviewed in person and said she killed her daughter “due to what she said was the disruption to her life caused by having the child,” according to the release.

At the time of the child’s death, Sakwall told police the baby got entangled in a blanket and suffocated. Authorities had ruled the death an accident.

A grand jury indicted Sakwall on a charge of first-degree murder and she was arrested Monday. It’s unclear whether she had an attorney to comment on her behalf.

Ten years after the death of her 4-month-old daughter, Zohal Sakwall now admits that it wasn’t an accident & says she lied to police and staged the scene. Sakwall was arrested late Monday night on a grand jury indictment charging her with 1st degree murder. pic.twitter.com/WWrPa6n24M