CHICAGO (AP) — A former Northwestern University professor on trial for murder in the stabbing death of his boyfriend reiterated on Wednesday his contention that another man committed the crime while he cowered in a nearby bathroom.

A day after he pinned the blame on Andrew Warren, who has pleaded guilty to murder for his role in the July 2017 slaying of Trenton James Cornell-Duranleau, Wyndham Lathem under questioning from the prosecutor acknowledged that not only did he not try to stop Warren from killing his boyfriend, but he took a shower before the two fled together. 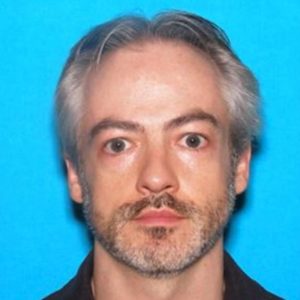 From the witness stand, the 47-year-old Lathem, a renowned microbiologist, said he was in shock and believed the authorities would blame him for the killing of Cornell-Duranleau, who was stabbed dozens of times in Lathem’s Chicago apartment. But he acknowledged that he had ample opportunity to tell someone what happened,, starting with the doorman at his apartment building.

“(You) didn’t tell the door man (that) this man from England just butchered my boyfriend did you?” Assistant State’s Attorney Craig Engebretson asked.

Nor, he said, did he tell any of the several people he crossed paths with after he and Warren fled Chicago before the two were arrested eight days later in Northern California after leading authorities on a national manhunt.

On Tuesday, Lathem testified that Warren alone stabbed Cornell-Duranleau during what started as a methamphetamine-fueled sexual encounter involving the three men.

“I didn’t stop Andrew from hurting him, I didn’t,” Lathem testified. “I hid in the bathroom like a coward.”

That contradicted the testimony earlier in the trial by Warren, who in 2019 pleaded guilty to first-degree murder as part of a plea agreement that called for him to testify against Lathem in exchange for receiving a 45-year prison sentence.

Warren, who was an Oxford University financial officer at the time of the slaying, testified that he flew from England to Chicago to meet Lathem and take part in a pact to kill each other before agreeing to kill the 26-year-old Cornell-Duranleau at Lathem’s suggestion.

He testified that he did, in fact, stab Cornell-Duranleau, but only after Lathem had already begun stabbing him.

Lathem’s testimony also contradicted what he said on a video that was linked to an email he sent his parents days after the slaying.

“He trusted me completely and felt safe with me, and I betrayed that,” Lathem said on the video that the parents turned over to the U.S. Marshal’s Service and played for the jury by prosecutors last week and again on Wednesday. “I took that all away when I killed him.”