ERLANGER, Ky. (WCPO) — A Kentucky man, who was already a convicted sex offender, solicited at least three different children for sex through his Playstation and cell phone, according to Kenton County prosecutors.

Roger Uhl, 36, pleaded guilty to three counts of using an electronics system to induce a minor to commit a sexual offense. Uhl was already a registered sex offender from a Florida conviction for attempted molestation of a child under 12. 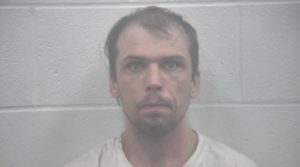 Prosecutors said in November 2020, Kentucky State Police were contacted by Homeland Security after parents reported hearing someone speaking to their child in the chat function of the Playstation video game Destiny. The gamer who’d been overheard was using the gamer tag “rogerruhl2020,” prosecutors said.

KSP tracked the IP address of the player to an apartment in Erlanger, Kentucky, where they went to speak with Uhl. Uhl admitted to asking children for inappropriate photos online and a search warrant for his apartment and electronics turned up evidence that Uhl had solicited at least three children.

Each charge Uhl faces carries a maximum punishment of five years, which means the maximum sentence Uhl could receive is 15 years in prison. Uhl will also have to register as a sex offender for life. His formal sentencing will happen on August 2.

This story was originally published June 7, 2022 by WCPO in Cincinnati, an E.W. Scripps Company.